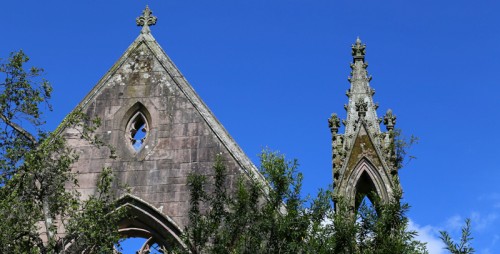 Over the course of 800 years, Ardgowan Estate has evolved from a solitary watchtower to a modern Country Estate. There have been battles and witch hunts, Napoleonic adventures and Wartime bombings. Encounters with Robert the Bruce, Napoleon and Florence Nightingale are woven into the Estate’s colourful history.

For a more in depth analysis of the history of the Estate with the added colour of family anecdotes, please book a guided tour on our TOUR page.

Descent from Kings, the Baronetcy and Witch hunting

Enshrined in Ivy, the romantic remains of a castle in the private gardens of the house, is an early relic of an age riven by tribal alliances, warring factions and fast changing fortunes.

Originally conceived as a coastal watch tower built to ward off viking marauders, the castle became a flash point in the Scottish Wars of Independence given the strategic importance of its situation.

The Estate remained in Stewart custody until Bruce's great grandson, King Robert III (from whom the Shaw Stewarts are directly descended) granted it to his natural son John Stewart in 1406.

The family title, still held today, is a baronetcy of Nova Scotia awarded in 1667 for Archibald Stewart's staunch defence of the Royalist cause in the civil war for which he was imprisoned in Edinburgh castle.

He also led the royal enquiry into the infamous Inverkip witch hunts which were comparable to those at Salem.

Building the family, Ardgowan House and the pursuit of Napoleon

In 1736 Helenor Houston, heiress and grandaughter of Sir John Shaw, married Sir Michael Stewart, greatly enriching the family through the inheritance of the western half of Greenock and so the name 'Shaw Stewart' was born.

Ardgowan house was built in great haste a generation later from the proceeds of this union, by Sir John Shaw Stewart in accordance with the designs of Hugh Cairncross, Robert Adam's Clerk of works at Culzean Castle. It was later to be dramatically 'improved' in the 19th century by William Burn and Robert Lorimer.

The park was laid out at the same date by James Ramsay, the Scottish equivalent of Capability Brown. In order to meet the short planting deadlines, Ramsay used cranes to winch fully mature trees into position, much to the astonishment of onlookers.

The house was furnished by the firm of Gillows and Lancaster and the walls were, as they are today, densely hung with pictures collected on successive Grand Tours. Napoleon's hat was added to the collection by Michael Shaw Stewart when he pursued Napoleon across Europe in 1814.

He later married Eliza Farquhar, the direct descendent of Princess Pocahontas from whom the family can claim a bloodline.

In 1854 Jane Shaw Stewart, Sir Michael's grand daughter sailed to the Crimea where she became a pioneering nurse,  working closely with and befriending a woman called Florence Nightingale who would later recommend her for her services. Jane was later described by Florence as the "only woman capable of superintending army nurses".

In the early 20th century Lady Alice Shaw Stewart, a member of the Oxford luminary group, The Souls, played host to literary salons at Ardgowan. During her tenure a roll call of interesting guests passed through the house, ranging from artists and prime ministers to members of the Royal family.

A keen patron of the arts, she was an early buyer of impressionists from Alexander Reid and she made an indelible mark on the libraries here.

In both world wars, the house was used as a military hospital with the family living and assisting with the care of the patients.

Following an abortive raid on Greenock in August 1941, the Luftwaffe dropped a stick of bombs in the field next to the house. Fortunately there were no casualties but many of the windows were blown in, earning Ardgowan the dubious distinction of being the first Scottish Hospital to be damaged by German bombs.

Over the years, farming and forestry have been the traditional enterprises of the Estate however as times have changed, the family have diversified into other areas, utilising the facilities for corporate entertainment, weddings and educational tours whilst continuing to invest in renewables projects to create a greener, more sustainable future.
The story at Ardgowan is an ongoing one - we want to welcome you to it,  so that you too can play a part in the next chapter… 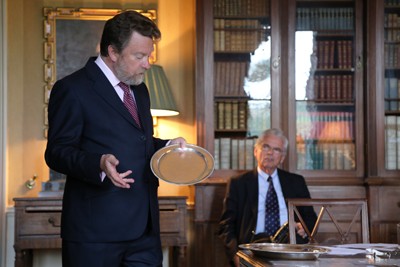 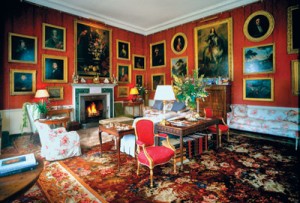 EXPERIENCE THE LUXURY OF STAYING 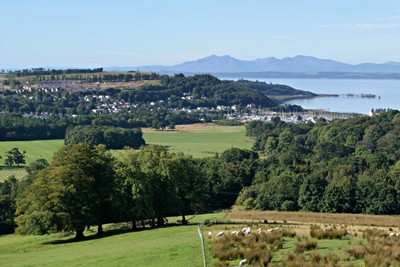 A COMPREHENSIVE GUIDE TO THE ESTATE